Scientists traced a ghost particle to a shredded star when it ventured too close to a black hole. The torn star emitted a high-energy neutrino that was flung out into space during the violent event. In October 2019, Earth was in the path of these cosmic bullets, which move at almost the speed of light. Remarkably, a single neutrino hit the ice right next to an extremely sensitive neutrino detector underneath the South Pole. Researchers at the observatory, called the IceCube neutrino observatory, spotted the high-energy neutrino that was shot out across the cosmos, traveling over 700 million light-years.

In a new study published this week in Nature Astronomy, scientists said they traced the origins of the subatomic bullet back to the destruction of a star as it was shredded by a black hole, some 700 million years ago. The black hole is as large as 30 million suns, and has a gravity so powerful that it could tear stars into pieces. 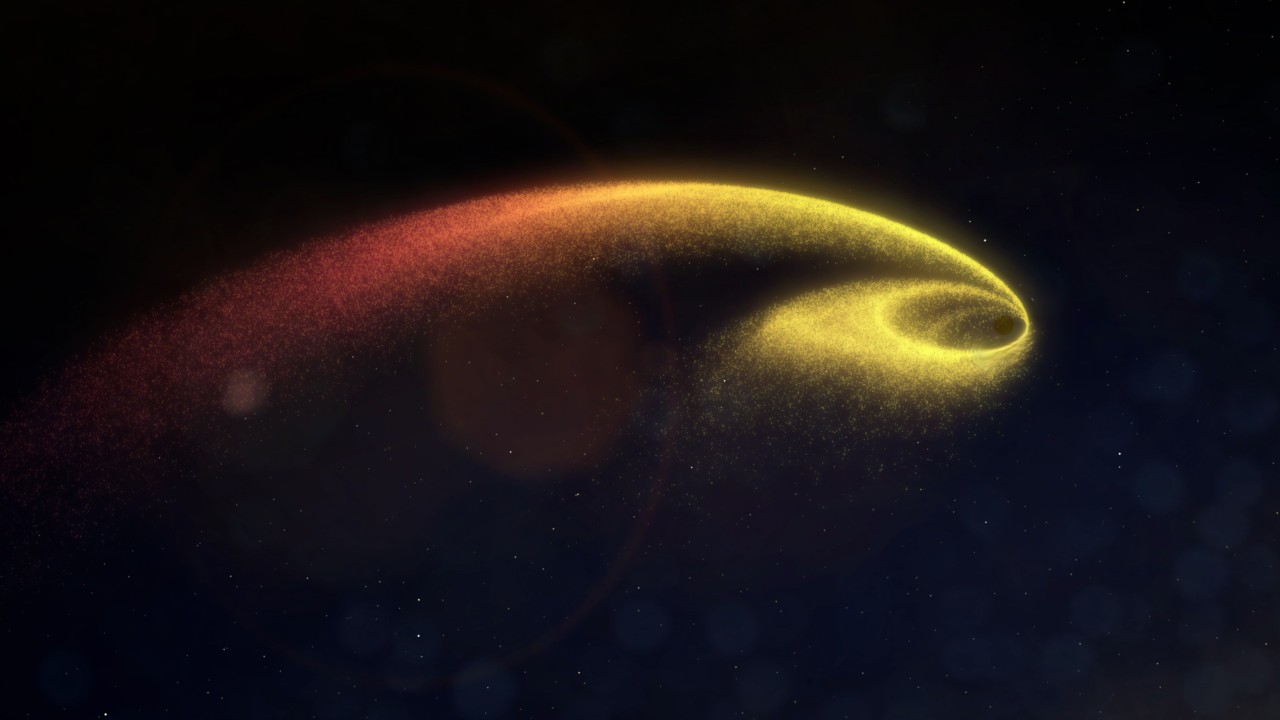 Robert Stein, a scientist at the Deutsches Elektronen-Synchrotron particle accelerator and research centre, said that when the black hole’s gravitational force gets extremely close to an object, the black hole pulls the star’s near side more firmly than the star’s far side, which is also called the tidal force. As the star gets close, the stretching becomes more intense, eventually ripping the star into pieces. This is called the tidal disruption event. This phenomenon is the same that leads to ocean tides on Earth. Fortunately, the moon doesn’t pull hard enough to shred the Earth into pieces.

Followed with the collision, half of the debris was sent flying into space, while the other half stayed on a disc around the black hole that circled like water around the drain, which starts to get hot and glow.

The Zwicky Transient Facility in California had spotted the glow from Earth in April 2019 and in October the IceCube neutrino detector at the South Pole identified an extreme energetic neutrino that smashed into the Antarctic ice with 10 times the energy of any particle accelerator on Earth that had come from the same tidal disruption event.

Scientists captured the event using a variety of different telescopes, looking at the ultraviolet, optical, and radio evidence of the shredding to gather more detail about it.