And now you enjoy these beautiful 9 minutes of Justin Bieber!

Here’s 9 minutes of #JustinBieber owning the stage at #SpotifyStreamOn 🤩 pic.twitter.com/5VLsWgY2o9

Over the next few days, Spotify will be expanded to 80 new markets worldwide In the next few months, Spotify will be rolling out a new beta feature via Anchor called “Paid Podcast Content”

This will give podcasters new ways to monetise their content. You can sign up for the beta on blog.anchor.fm/streamon. This will eventually be extended to third-party podcasts.

Spotify announced ‘Spotify Audience Network’, “where advertisers can buy across a network of original, exclusive and independent podcasts”

This tool is aimed at bringing bringing creators and advertisers closer. The first two episodes of #RenegadesPodcast with President @BarackObama and @Springsteen are out right now 🤯 https://t.co/piXieqnYrJ pic.twitter.com/RWIqkLx3tH

Spotify Clips will debut on even more Spotify playlists, featuring artists in short videos that let them put their own stamp on a playlist experience 🎥 #SpotifyStreamOn pic.twitter.com/sgHTWV244W

In last 4 years, over 82 percent recording artists catalogues generated over $1 million a year across recording and publishing. 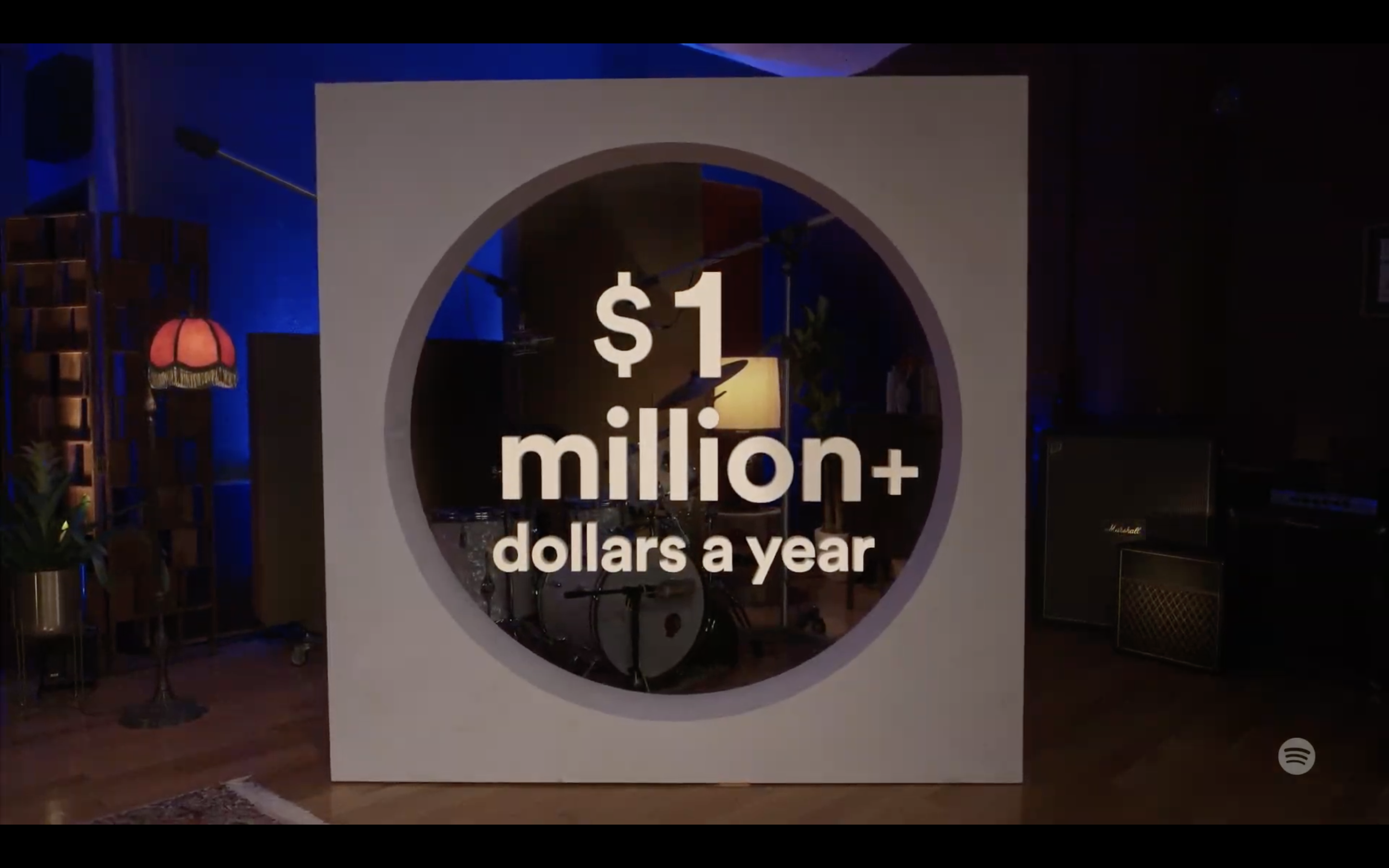 In 2021, Spotify for Artists will be available in 25 new languages We launch in 80 new markets over the next few days. See you soon Bangladesh, Pakistan and Nigeria 👀 #SpotifyStreamOn pic.twitter.com/Wqv3IFdicz

In the US, Spotify will soon allow teams on the platform to book campaign easily through the ‘Marquee Campaign’ feature Canvas, a feature that allows an artist to add a visual to their tracks will now be available for all artists. #SpotifyStreamOnhttps://t.co/PzpO0T7cza pic.twitter.com/9CBHmC7uYN Spotify lets creators curate songs from the platform’s music catalogue directly into their podcast. For listeners, they are able to use this feature to discover and find new music they hear in this episodes.

In 2020, 8 out of evert 10 new podcast on Spotify was created using Anchor The directors will produce several series for Spotify.

Spotify SoundUp is being expanded from six to 14 countries, including India Spotify now has over 2 million podcasts

The platform saw an increase of 1,500% podcasts in last 3 years Spotify is already testing this feature with select users in select regions. With Radar, Spotify says it help emerge 175 artists around the world in 2020 “…we are helping listeners discover artists they have never heard before, 16 billion times a month”, Co-head of Music at Spotify said. “Over 60,000 new track are delivered to Spotify everyday”, Spotify’s co-head of Music said. “We are in the midst of an explosion of audio creation”, says Daniel Ek. Spotify is available on 2,000 different devices Since 2008, Spotify has expanded to 93 markets, says Daniel Ek

The streaming platfrom currently accounts for over 345 million listeners Ek says, in 2020 more than 1.8 million albums were released on Spotify. The event is live… You can watch the Stream On event here:

Spotify Stream on livestream kicks off at 9.30 pm IST

The event will be live-streamed on Spotify’s micro-website dedicated for the event, on For The Record, and YouTube.

Post the Stream On event, Spotity CEO Daniel Ek, and CFO Paul Vogel, will be hosting an Investor Discussion and Q&A.

Spotify is hosting the ‘Stream On’ event at 9.30 pm IST tonight (click here for local time). The event will be live-streamed on Spotify’s micro-website dedicated for the event, on For the Record, and YouTube.  At the event, Spotify will be sharing the latest in the global audio streaming to reveal how far it’s come and what are its plans for the year 2021. There will also be announcements around some new features, creator tools and partnerships at the event. Post the event, Daniel Ek, Spotify founder and chief executive officer, and Paul Vogel, Spotify’s chief financial officer, will be hosting an Investor Discussion and Q&A related to the Stream On event, which you can tune in to on the Spotify Investor Relations website under the Events tabs.