How often do you come across a budget smartphone with stock Android inside the Rs 10,000 to Rs 15,000 bracket? Chances are, apart from Nokia, these would come from Motorola’s stable. Then again, there are a few customisations, and software updates aren’t Motorola’s forte. This may have been the case a few years ago, but even today, most Chinese smartphone brands go low on price and heavy on bloat. So, it’s nice to have an option for those looking for a very Pixel-like experience at a not so Pixel-like budget.

However, after using the Nokia 5.4 for a week, I discovered that such a software experience does come with a few compromises. If you are in the market for a clean and bloat-free Android smartphone, read till the end to find out if the Nokia 5.4 ticks all the boxes on your checklist.

The Nokia 5.4 is made entirely out of plastic, save for the display screen that is made of glass. I received the Polar Night (blue) version, and it looks gorgeous with that textured deep blue back sporting fine, diagonal black lines. The camera island sits at the center in a circular housing, with the fingerprint reader positioned just below it, which is quite easy to reach. Despite the looks, it’s a proper fingerprint and dust magnet, but that was the least of my concerns regarding the quality of the smartphone.

You know that feeling you get when you press down on the body panel of a car and realise that it’s not metal but plastic? It presses down easily with little resistance and feels cheap (or affordable) instead of premium (or solid).

While the 5.4 looks quite classy, it is also quite light (181 grams) thanks to its plastic build. But press the plastic back of the phone, and you will notice a creaking sound and also how easily it bends inwards. The same goes for the plastic frame (chassis), which creaks at certain points especially above the volume button.

The first time I noticed this creaking sound was when I pulled out the phone to click a photo and placed my index finger on the frame, just above the volume button (held horizontally) to get a grip of the device.

I get that the flexible plastic back may make it less prone to cracking after a drop and is probably in place to keep the weight in check, but the creaking plastic frame is not confidence-boosting.

Some may be okay with this, and the phone does come with a TPU case in the box, so most may not even notice this. But it sure is there and it feels a bit cheap, given how good it looks. The Poco M3 (priced from Rs 10,999) also comes with a (very Nokia 8110/1020-like) Banana Yellow unibody polycarbonate design, but it sure does not feel creaky or cheap.

A good display that could have been better

The Nokia 5.4 does not go with a 90 Hz panel but a regular 60 Hz unit. The HD resolution may feel a bit low given the competition in its price range, but it showcased a decent level of sharpness for a 6.3-inch unit. The colours were not over-the-top in terms of saturation and the whites looked quite good. The IPS LCD display also held the colours well (when viewed at an angle) and was legible in broad daylight.

It’s also a hole-punch display, so there’s no notch to deal with and the touch-sensitivity was good enough for day-to-day use. The phone comes with a Widewine L1 certification, so streaming movies was an enjoyable experience, provided you plugged in a pair of earphones. This is because the single bottom-firing speaker was loud but sounded distorted at high volumes. Nokia throws in a pair of earphones in the box, but they aren’t great.

While I was satisfied with the HD display on the 5.4, an FHD unit would have been better. It would have made the streaming experience more enjoyable and sharper, given its large 6.3-inch expanse.

The handset runs a bone-stock version of Android 10 given that it’s a part of Google’s Android One program. It’s also the part of the deal that makes me wonder why it did not have Android 11 installed out of the box.

Regardless, performance is quite smooth, with a few hiccups or slowdowns occurring from time to time. In fact, it is one of the smoother devices I have used with the 4 GB RAM Snapdragon 662 combo (in comparison, the Redmi 9 Power was a mess). Part of the reason for this smoothness is the Nokia 5.4 is devoid of any bloat, save for the customised Camera app and the Nokia My Phone app (for warranty and service). Another reason could be the use of an HD display instead of the FHD units the competition offers, which automatically translates to lesser GPU use because there are fewer pixels to push.

Performance that just about keeps up

While the software performance was quite decent, the gaming performance just about keeps up, but it’s not close to what the competition offers. The Redmi Note 9 Pro Max, soon to be replaced by the upcoming Redmi Note 10 series, features a Snapdragon 720G that is a much better chipset in my opinion.

The chipset can run Call of Duty: Mobile best at Medium graphics and High frame rate, which is a bit lower than what you would expect from such a device. You can crank up the graphics setting to Very High and High frame rate (and even switch on Anti-aliasing), but the phone cannot handle it and starts to lag quite badly, affecting gameplay. The 662 is still a fairly new chipset, so even Asphalt 9 Legends ran best (still not smooth enough, though) with graphics set to Performance (or low graphics).

Even when you run games at the abovementioned settings, the phone will heat up after about 30 minutes of gameplay, beyond which things start to lag. It’s easy to tell that this is not a smartphone meant for serious gaming but more for casual titles such as Subway Surfers, Blades of Brim or Candy Crush.

Another area where the phone starts to lag is when using the camera. Just click a few portrait photos in quick succession and you will notice the phone slowing down as it stops responding to taps.

Your average budget camera with a few hiccups

Still images from the 48 MP primary camera come out crisp and clean with enough detail and the colours are quite accurate as well. Details in the lows (shadows) are better, while the highs (sky or white surfaces) get clipped from time to time.

Around sunset, noise creeps in, but photos still look good with enough detail, range and sharpness, which is good for a smartphone in this price range.

Click here to see the camera samples shot by Nokia 5.4: 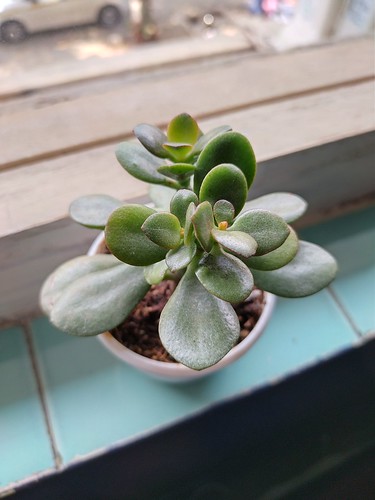 But once you run out of light, those details are replaced by blotchy textures, which forces you to switch to the Night mode. While Night mode delivered brighter photos, with more controlled highlights in the brighter spots, there were a lot of blurred patches in the frame, so it works best when your scene and you are really steady.

The ultra-wide-angle camera can shoot decent photos (without distorting the image too much) provided there is enough light. Any shot before or after noon will look like a blurry mess, especially around the edges of the photo.

Edge-detection in Portrait mode is quite good, and the photos have the right amount of sharpness, with noise well under control. Indoors, the level of resolved detail drops significantly but photos still look good overall.

Video was supposed to be a highlight of the Nokia 5.4. At Rs 13,999, I was happy to see the 60-fps support for full HD video recording, but disappointed to see Nokia skipping a 4K recording mode entirely. While the audio quality of the video recordings was quite good, the 60-fps footage was quite disappointing as the frame rate could not keep up. The plenty of focus-hopping and stabilisation was of no use. 30-fps full HD video was better stabilised and also looked better with a steady frame rate. The Cinema shooting mode (that shoots at 24-fps) was not impressive because the output was not up to the mark in terms of detail and quality, even when compared to the regular 30-fps recordings.

The Macro camera shoots some average closeups, provided you have the patience to keep it steady in the required focus range. Photos from the 48 MP primary sensor delivered better colour despite the shallow depth of field.

With an hour of gaming, plenty of messaging, checking emails, 45 minutes of calls and about an hour of video, I often ended up with about 30-20 percent battery life left by the end of a workday. Given the 4,000 mAh battery, I did not expect the Nokia 5.4 to be a two-day smartphone and it wasn’t.

Charging speed was also quite slow. Bundled with a 10 W charger in the box, the phone charged up from 0-13 percent in 15 minutes (good for a quick charge), up to 26 percent in 30 minutes and managed 50 percent in one hour. It took the tiny charger about 2 hours and 30 minutes to fuel up the 4,000 mAh battery completely, which is quite slow compared to the competition. Xiaomi includes a 33 W charger with the Redmi Note 9 Pro Max, while Realme is quite generous and includes a 65 W charger with the Narzo 20 Pro.

Should you buy one?

Even if you skimmed through this review in a hurry, the subheadings for every section will give you a clear idea that there is nothing special about the Nokia 5.4 apart from its stock Android software.

While the phone looks good, build quality isn’t great. The display is fine, but a FHD unit would have been better given its price tag. Software is a strong point, but performance is not up to the mark. Battery life is decent. Thankfully, the camera is not all that bad, despite its hiccups with video recording.

Oddly, that is also good enough given that most manufacturers don’t offer Android One devices in this price range. If you are in the market for a budget Android One smartphone (or cannot deal with the custom skins and slow/no updates) then the Nokia 5.4 should be good enough for your rather basic smartphone needs. Just go in for the more future-proof 6 GB 64 GB (priced at Rs 15,499) variant instead of the 4 GB RAM variant I reviewed.

Looking beyond stock Android, you can get a better performing smartphone with faster charging, a bigger battery and a much better camera with the Redmi Note 9 Pro Max (Review) at Rs 14,999 for the 6 GB 128 GB base variant.

If gaming is your thing, then the Realme Narzo 20 Pro (Review) is a solid contender at Rs 13,999 (6 GB 64 GB). You get a powerful MediaTek G95 chipset, a 90 Hz FHD display, much better imaging and 65 W charging speeds with an almost stock-looking Realme UI. There’s also the Realme 7 (Review) at a slightly higher Rs 14,999 with a 64 MP camera and similar specifications.