Tennis is not normal. In fact, playing any sport at the highest level requires a certain abnormality in the heart and head. The stakes are high, competition is fierce and it’s physically and mentally demanding not only on the players but sometimes more so on the parents, coaches, trainers, and support staff. When you throw the coronavirus pandemic into the mix, it makes for a surreal situation.

That’s the scenario under which the Australian Open Tennis Championships 2021 gets underway tomorrow in Melbourne. For the first time, the organisers will be under as much pressure as the players to perform and complete the event. Given the strict, almost unrealistic rules of the Australian government, it’s going to take a mammoth effort of all the stakeholders of the event to ensure it runs smoothly and without any major incident.

The bizarre situation of over 70 players being ‘hard quarantined’ for 14 days as soon as they entered Australia with no access to training facilities, let alone playing tennis and then the second round of over 600 players getting tested after staff at the official hotel tested positive means that the adage ‘mind over matter’ takes on a whole new meaning for the year’s first grand slam. Players resorted to innovative and quirky ways of staying fit, (physically and mentally) as the quarantine started to wear them down even before the first ball was played.

What is interesting to note is the very varied and different reactions and thought processes of the marquee players during the pandemic. While Novak Djokovic kept the organizers and the media on their toes with his remarks about the quarantine rules that seemed to show him in poor light (surprise surprise), Rafael Nadal was the voice of reason as always, going beyond the game of tennis and insisting that players are privileged to be able to do what they love and still get paid for it.

With Federer opting out due to knee surgery, the spotlight is firmly on Djokovic and Nadal who start out as firm favorites in the men’s event. The rest of the players in the field know that to beat either of them, they will need to produce the highest quality of shotmaking over three sets. Both have too much at stake with Nadal aiming to overtake Federer’s 20 Grand Slam titles and Djokovic aiming to continue his dominance in Melbourne and inch closer to Federer’s record and perhaps get a little more popular with the fans. Both have had very different paths and training programs leading up to the event. While Nadal has almost never played an event leading to a Grand Slam, he has been forced to change his routine and play in the ATP Cup to get some ‘match practice’ under his belt. For someone whose game is always brutally physical, Nadal has tried to strike a fine balance of keeping his game sharp and getting enough rest to ensure that his body withstands the heat and competition in Melbourne.

Djokovic on the other hand has been as clinical and methodical in his training regime as he always has been. He will desperately want to put behind the unceremonious and embarrassing exit that he had at the US Open late last year which would have probably ended with another Grand Slam title under his belt.

They will be challenged by the usual suspects who have been more victims than victors. Alexander Zverev, Dominic Thiem, Grigor Dimitrov, Daniil Medvedev, Milos Raonic, and a few others who have flattered to deceive at the big stage. Thiem lost a match he should have won at last year’s Australian Open final, but made amends by winning his first Grand Slam title at the US Open albeit without the big three in the fray.

The women on the other hand have been quite busy trading places and trophies. There were four different winners in the Grand Slams in 2019, three different winners in 2020 (with Wimbledon being canceled). Naomi Osaka was the only player to have won a grand slam title in 2019 and 2020 and looks the most solid to win another slam if she keeps her bouts of inconsistency in check.

There is also a certain Serena Williams who has been chasing that elusive 24th Grand Slam victory which makes her the greatest female tennis player to have graced the game. She has come very close over the past couple of years but has been waylaid mostly due to some inspired tennis by her opponents and some uncharacteristic meltdowns of her own. The clock is ticking fast for her and Australia provides the perfect opportunity for her to make amends. 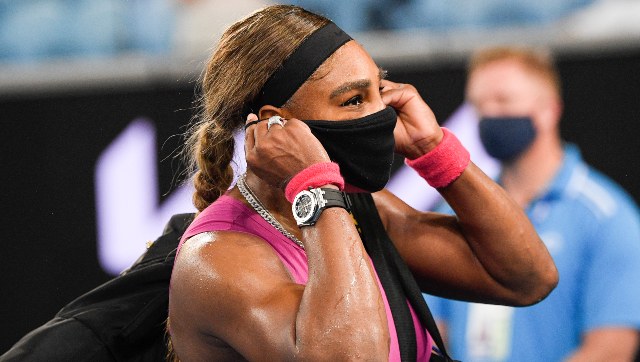 On the Indian front, Sumit Nagal remains the lone warrior in the singles by virtue of a wild card. He has a tricky first round match with Richard Berankis who beat him just last week in the warmup tournament. The author spoke briefly to him and he seemed relaxed and confident for the match this time around since he has got a lot of practice under his belt in the last few days and the rustiness seems to have worn off.

Rohan Bopanna opens the new year partnering Ben Mclachlan of Japan in the men’s doubles and Ying Ying Duan of China in the mixed doubles in the mixed doubles. Divij Sharan is the other player in the men’s doubles and he will partner Igor Zelenay of Slovakia. Both will be looking to start the new year on a good note and keep the momentum for the first part of the year. Sania Mirza, India’s torchbearer for so many years decided to skip the event due to a combination of a leg injury, COVID-19, and severe travel restrictions.

All in all, it promises to be a fascinating two weeks of tennis!