Two things have been constant in the three seasons Jamshedpur FC have spent in the Indian Super League (ISL) — a new coach for every season and an inability to qualify for the playoffs.

The club has got a new gaffer at the helm this time again as well, with the former Chennaiyin FC coach Owen Coyle taking up the reins. The former Bolton Wanderers manager has been offered a two-year deal and with that, the club has shown the intent to pursue continuity.

In a football league without relegation, playoffs are a minimum that you need to target, so it goes without saying that despite the two-year deal Coyle’s immediate goal would be breaking the jinx and taking the team into the knockouts. His extraordinary campaign with Chennaiyin, where he made the bottom-placed team reach the final, only raise the hopes further. 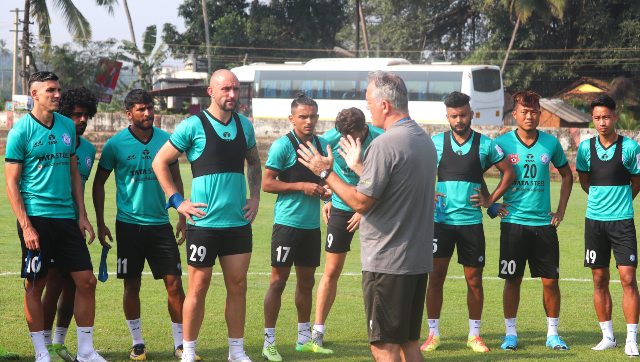 To match the expectations, Coyle has rung in a host of changes to the squad that competed last year under Spanish coach Antonio Iriondo. The highlight of the purchases being last season’s Golden Boot winner Nerijus Valskis who has come in to replace the prolific Sergio Castel. Defender Peter Hartley, who also played for Sunderland for nine years, has joined the team from Motherwell. He has also been named the captain for the upcoming season.

Jamshedpur have a strong core of young Indian players but the lack of experience have at times proved to be expensive. The Jharkhand based club has roped in Jackichand Singh from FC Goa to strengthen that department with a player with vast experience.

Jamshedpur forced 22 goals last season in 18 games as they finished eight in the table with 18 points. The club could hope for a far much better return this season with likes of Valskis, Fitzgerald, David Grande in their side.

The strikers would have quality creative players behind them to ease up their job. The addition of pacy winger Jackichand and playmaker Lima has enhanced the quality of the midfield which already boasted rock-solid players like Aitor Monroy and Amarjit Singh.

The availability of young Indian players who have been with the club for some time should also help the club in the upcoming campaign. The players like Narender Gehlot, Jitendra Singh, Amarjit and Aniket Jadhav are expected to provide flair, enthusiasm, and fearlessness to Jamshedpur’s playing style with their past experiences in the league.

It’s never easy to hit the ground running when you have a bunch of newcomers. Coyle did extract everything possible from his Chennaiyin players, taking them on an unbelievable journey to the final from the pits of the league table, after being appointed as the head coach midway through the season. However, he benefitted from the act of his predecessor John Gregory who had retained players in key areas and added experienced ISL defender Lucian Goian to their arsenal.

Jamshedpur, meanwhile, have lost the services of ever-dependable Tiri, Memo, Subrata Pal and Farukh Choudhary, players who formed the core of the team last season. For Coyle, the biggest challenge would be to quickly forge an understanding between the squad members and make them click together. Time and again we have seen that it’s the toughest thing to do in football.

One area where unfamiliarity among teammates could seriously hurt Jamshedpur is the defence. Apart from Gehlot, the other three pieces of the defensive jigsaw are expected to be newcomers. Jamshedpur conceded 35 goals last season and had the second-worst defensive record. The club can’t afford to have another such season.

There’s a certain buzz around the club since Coyle was appointed the club. It would not be wrong to say that a large section of Red Miners’ fans believe that they are primed for a top-four finish in the league table. Coyle and Co have worked hard to knock together a balanced outfit but there are teams like ATK Mohun Bagan and Bengaluru FC who are blessed with a strong core and supremely gifted players. Mumbai City FC are currently undertaking a massive project and sides like FC Goa and Chennayin can never be discounted. With the addition of East Bengal, ISL 2020-21 is expected to be one of the most closely fought, and in such a scenario, playoffs qualification appears a mammoth task for Jamshedpur.

Click here to read up on everything you need to know ahead of the ISL 2020-21 season.

Click here to read more team previews ahead of the ISL 2020-21 season.